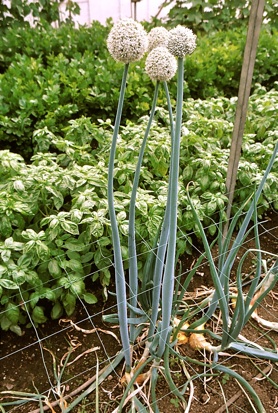 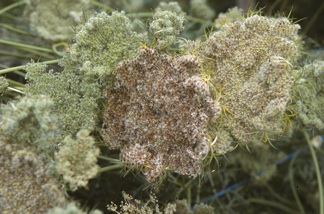 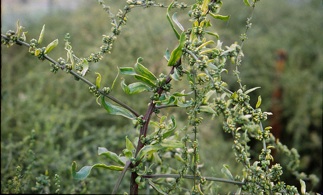 We owe our gratitude to the world farmers, men and women who selected, improved and saved seeds for centuries. For creating a rich and wonderful diversity of food crops, enjoyed, appreciated and valued by all cultures, religions, and nations around the world.

We also owe this rich and wonderful diversity to the forces of regeneration, to the tireless efforts of bees, bumblebees, and numerous insects as primary carriers of plant pollens and to the wind for carrying the pollen along. All ensuring the all important pollination and regeneration year after year. For without these there would be no seeds.

Attributes of Open Pollinated varieties are usually associated to vegetables.

Their seeds breed true to type, which means the offspring from one generation to another will always closely resemble the parent plants and pass on their characteristics.

Open pollinated varieties carry wide genetic diversity and contribute to bio-diversity within food crops. They are sensitive to the environment and thereby flexible towards adaptation and tolerant to soil types, cold and warm climates, wet and dry conditions, altitudes, latitudes, salinity, diseases and other factors.

OP seeds can be successfully saved by home and professional gardeners. The seeds’ ability to breed true gives rise to a feeling of reliability, continuity, and possibility for the gardener to be in a position to aim and select for something in a plant that is to his/her liking and joy.  To be co-creating can become an empowering feeling and can be a true dialogue with mother nature.

In the last 100 years, 80% of plant biodiversity has been lost in Europe. The worldwide loss has been 75%.

It is not more than 60 years ago when the world population enjoyed its food coming almost entirely from open pollinated varieties (99.5%  OPS vs. hybrid maize/corn, tomato and aubergine which were on the market). However, during the last 55 years open pollinated seeds have disappeared from the seed markets and National Seed Lists at an alarming rate.  Why?  Were they becoming inferior, or out dated?

The fact is, they were being replaced by F1 hybrids.

The science of plant breeding especially during the last 55 years has focused on F1 hybrid breeding, a method which takes its observation from natural hybridisation when two distinctly different varieties of the same species cross to make a more superior and vigorous offspring. This natural occurrence has been pursued in modern artificial hybridisation over a long period of time.  Based on enforcing plants into prolonged in-breeding, it creates two distinctly different homogenous plant populations or breeding lines. In a final cross, the two breeding lines are brought together to produce the F1 hybrid seed.

It is fairly well known amongst growers and gardeners that an F1 hybrid will not breed true to type. The desirable F1 traits such as increased vigour, uniformity, and yield cannot be sustained in the F2 generation as the F2 naturally segregates. This enforced method has also given rise to more recent hybrid types called CMS (Cytoplasmic Male Sterility) hybrids involving cross species breeding*.

In this endeavour, the seed industry has been successful in achieving an in-built mechanism to ensure farmers and growers come back to buy new seeds every year. In many ways this is what farmers and growers do in any case, but the overall results in approach to plant breeding and buying up smaller seed companies has meant that corporate agrochemical and seed companies now own huge numbers of breeding lines, putting themselves firmly in possession of the most crucial element to our food supply, namely the seed. Alongside this endeavour, the private seed sector has also been successful in achieving seed and genetic plant material protection by seed and patent laws against any possible ‘misuse’ or ‘abuse’ of ‘their’ seeds and genetic material.

These figures need updating but for sure In 2021 these figures will undoubtedly be higher.

Clearly, during the last decades our most important open pollinated vegetable species have been turned into F1’s and with the trend increasing.

But our food is not about corporate seed control, or engineering food plants to terminate, or disturb the all vital force of renewability of the seeds. Surely it is more about empowering people and to share our skills and knowledge to make sure our freedom and right to seeds is not threatened or blocked.

Nature never holds back, but gives in abundance. We can improve on crops and breed to our hearts content but to claim the fruits and successes of our labour in private ownership and patents from freely provided biological material is both a betrayal and very selfish act.

If plant breeders invested as much time, attention and finance on open pollinated plant breeding as has been invested in developing modern hybrids, results would no doubt be excellent.

With the fast decline of open pollinated varieties, it is crucial to bring them into focus and encourage their come back to the fields, gardens, allotments, shops and market place.

• are naturally pollinated - by insects or wind; not enforced pollination or in-breeding.
• contribute to food plant biodiversity (of which we have lost 80% in Europe this last century).
• are adaptable - they are genetically variable and therefore able to adapt to climate change, to particular landscapes and environmental conditions and evolve along with them.
• can be seed-saved by farmers, market gardeners, home gardeners and allotment holders.
• seed saved will breed true-to-type plants, resembling parent plants - unlike hybrids.
• can be used to develop local varieties.
• are non-GM, non-hybrid, and non-patented.

What you can do